The first public LAB experiment, named "Young's Modulus" was conducted in the dark at Deichmanske Public Library at Grünerløkka, Oslo (NO) on Friday FEB 24, 2012 and lasted  3 hours.

LAB #2: "Reduced Mass for Two Interacting Bodies" was performed in the old hall of the main building at Campus Gløshaugen at the Norwegian University of Science and Technology, Trondheim (NO) on Sunday APR 29, 2012 and lasted  5 hours.

LAB #3: "The Fool, the meddling Idiot and the database of Inaccuracy" was performed at Galleri LABR in the old Roskilde Gasworks (DK) on AUG 6, 2013 and lasted  4 hours.

The CT[Lab] sessions will be released as a book and audio document.

"I notice I'm reluctant to call it music - that would give the wrong impression. There are few conventional tones here, most of the sounds are of things I have never heard before. And the fact that I'm hearing something that doesn't even resemble anything I've heard before can imply two things: my ignorance, or that it actually is something unique. And that makes it interesting - the fact that it feels so unique.

I really I do not understand one bit of this type of art, but that doesn't really matter. You can experience things without understanding them. Like modern poetry, which can often be quite performative, the Young's Modulus sound installation is both performative and a poetic experience." - Tor-Björn Adelgren

* My translation. Read the full review in Swedish here. 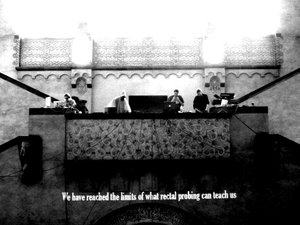 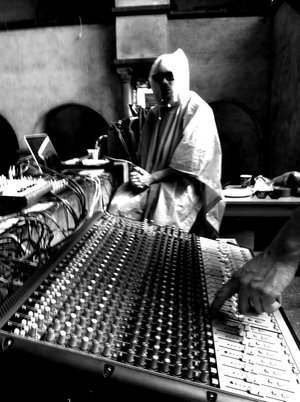