Polymono/Antistereo is an electroacoustic sound art project involving Eirik Havnes, Bernt Isak Wærstad, Arnfinn Killingtveit and Martin Palmer.  The project was founded in the summer of 2013 when they did a lay-by tour playing improvised electro-acoustic concerts for tourists and travellers at various scenic sites between Stryn and Ålesund in Norway. The project received some media coverage.

Polymono/Antistereo explores the dynamic relationship between sound, architecture, composition and live expression.  The key goal of the project is to challenge the standard stereo-based concert format with the strict separation of stage and listening position.  As a contrast, the performers in Polymono/Antistereo use mobile setups with speakers of different sizes and acts as separate mono sound sources spread around and in between the audience – sometimes moving around, sometimes standing still.

23 FEB 2014 we did a 2 hour concert at TSSK - Trøndelag Center for Contemporary Art, before  performing four site-specific compositions in four different rooms in the Trondheim area during daytime on 28 MAY as a part of the Meta.Morf Biennale for Art & Technology.  The compo-sitions were based on analysis of the four rooms, where the key concept was to translate each room's architecture, acoustics, ambient lighting, color, smell, and each person´s subjective psychological impression of the space into a composed score.

Each of the four performances were recorded in 32 channels, and layered on top of each other and performed live at Club Supa in the evening on the same day.   The final performance was done in the traditional stereo-format, both as an experiment in collapsing all the sonic dimensions encountered during the day into two, but also because the finished result will be documented on a LP released through Stridulation Records. 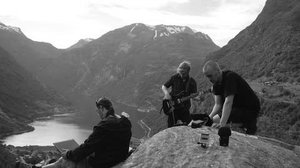 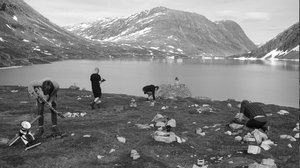 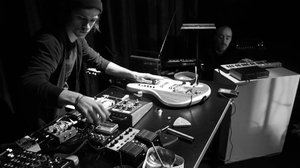