TARFIELD was founded in 2009 by Martin Palmer and Arnfinn Killingtveit after playing together at a festival two years earlier.

As a live act TARFIELD has been known to perform prolonged concerts like the 24 hours "RA/DEC: ω=2π/T" project, or the more recent "7 Hrs. Sleep", lasting from midnight until the audience wakes up. However, they also do shorter gigs, and have played in several galleries and underground venues in Norway and abroad, often with a site specific approach. In 2011 and 2012 TARFIELD collaborated with artist Karen Nikgol on the theater plays "Sara Astro and Orphenix West" and "The  Silent Song of the Sphinx" at Podium (Hausmania) and Black Box Theater in Oslo respectively. In 2015 they were honoured to open the new concert series "Spaces Speak" at RAM Galleri in Oslo, curated by artists Joakim Blattmann & Ricardo del Pozo in cooperation with NOTAM - Norwegian Centre for Technology in Music and the Arts and supported by Arts Council Norway.

"TARFIELD is an electroacoustic duo that has been active since 2009. The expression may be perceived to be at the crossroads of soundscapes, drones, field recordings, noise and improvised contemporary music, sometimes with performative and quasi-ritualistic elements. The project explores intention and coincidence as dynamic counter-weights in their music, which is especially expressed in a series of digital releases based on field recordings, where the duo improvised with the natural sound environment on site using small mobile audio sources. The series explores the parameters of compositional interplay between anthropogenic sound elements and natural soundscapes, here understood as automatic or already existing sources which the composers can not control. The duo has also made a series of experiments in subjective time offsets with several long concerts - the longest lasted 24 hours."

TARFIELD's music is made from semi-improvisations based on pre-programmed pD patches, field recordings and samples, found objects and sequencer sketches.

TARFIELD is always open for bookings and collaborations. Don't hesistate to get in touch.

Esotropia was recorded in Arnfinn's apartment in Oct. 2011.

x=S(t)≈HAns^2 was recorded at midnight on June 23/24 2012 at St. Hanshaugen in Trondheim as part of the natural soundscapes series.

Substeps EP #1 was an experiment in playing with Arnfinn's "arti-ficial stupidity" patch in Pd and to play with beats.

Excerpts from our concert at the "How Do You Explain School To a Higher Intelligence?" exhibition at Trondhjems Art Society, 2014.

Under Dusken magazine followed us during a recording session in a WWII bunker complex and wrote an article about us.

"The Alien Battle..." was released as the second track of the "You Can Reach Sirius By Car" digital EP in 2011.

"They Are Only Able To See The Future Because They Are Mad" was released as the fourth track of the "Esotropia" record in 2011. 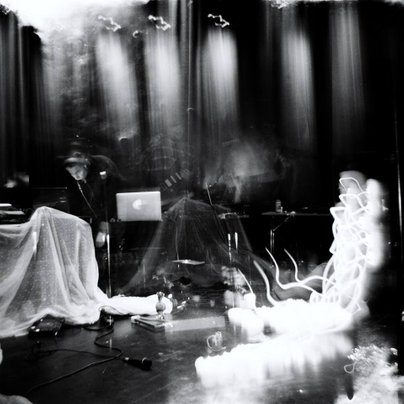 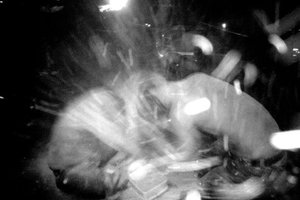 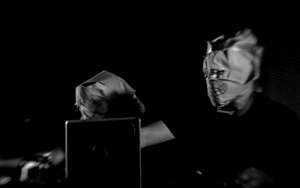 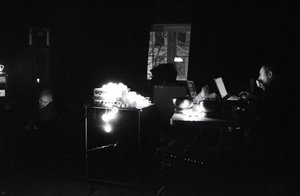 "TARFIELD is deeply disturbed and hauntingly beautiful dark ambient industrial from Trondheims blackest and most brilliant magickians. TARFIELD is extremely hypnotic and intensely trance-inducing - a nightmare from which you can never wake up. TARFIELD is a unique and shocking piece of genius. TARFIELD is the plant that grows in the dark."

"TARFIELD always comes up with pure energy and lovely tunes. I totally like their work because it's so different from all others I heard."

"From industrial walls of sound to volatile, musique concréte styled montages, TARFIELD must be experienced!"