Klubb Kanin was founded in 1997 as an open stage project where amateurs and professional musicians get to present their work, usually consisting of free improv, ambient, electro-acoustics, electronica, noise, theatrical

Although Klubb Kanin doesn't have a limited geographical location, it has always had a strong presence in Trondheim, where more than 80 events have been done under its name. The concept has also visited Oslo, Kristiansand, Kabelvåg, Selbu, Maspalomas (Gran Canaria) and Berlin, but it was in Trondheim it all started, where I first performed, and  later got  involved in curating and organising events.

Klubb Kanin is organised by the cultural network Origami Republika - an including and social network of people interested in the sharing of expressions; in music, text, video, or on stage and in galleries. Origami Republika now counts over 300 "agents", who in turn have published hundreds of releases and performed well over a thousand concerts and actions live, all more or less obscure according to the network's "almost invisible art of" meme.

On OCT 23-24 2012 I was honored to curate, organise and produce a 14 acts lineup over the course of two days, in celebration of Klubb Kanin's 15th anniversary, sponsored by TEKS and Meta.Morf.  Michael Duch covered the event for ArtScene Trondheim, and concluded that "the fact  that Klubb Kanin still exists today, is undoubtedly a big plus for Trondheim" and that "these evenings differs from other concert evenings, being more like informal social gatherings (...) remaining both unpredictable and  occasionally entertaining." Read more about the 15th anniversary celebration and lineup here.

In  2013 I was invited by Rockheim - the national museum of popular music to produce a commemorative room  for Klubb Kanin as part of an exhibition focusing on Trondheim's musical underground scenes.  I gathered material from founding fathers Tore Bøe and Lasse Marhaug, as well as torchbearers Jonas Qvale and Arnfinn Killingtveit (Arnfinn also helped me set everything up) and  was given free reins in a "hidden" room at the end of the main exhibition hall, where we also organised  concerts  with various local artists every Sunday.

The Norwegian music magazine Ballade covered the event,  the journalist writing about the Klubb Kanin room that   you would find "music technology devices, framed posters, IKEA objects, debris and junk, video recordings from Klubb Kanin and the Støy på landet festival, and a video interview with the experimental sound artist David Cotner." (In fact we looped the whole NorNoise documentary by Tom Hovinbøle. The film contains several cuts from early Klubb Kanin events and interviews with early key players).

Further she found the room to "represent something like a broad esoteric installation, which succeeds in capturing some of the essence of noise music as an artistic expression. Outsiders are also given the opportunity to gain a greater insight into this post-avantgardistic landscape through concerts every Sunday during the exhibition." Watch the video documentation below.

The Klubb Kanin exhibition is currently archived and in my possession. A reduced version was shown at the Støy på landet festival in 2014. It is an easily adaptable collection, so if you or someone you know are interested in exhibiting it, don't hesitate to get in touch.

In JAN 2015 Klubb Kanin merged with our friends from Oslo's Art of Noise collective and produced a full-on "Art of Kanin" tour with 18 acts, travelling from Fredrikstad to Drammen, Oslo and Trondheim for a series of 42 concerts in total, at four very different venues. The Trondheim Art Museum event is still online here.

I  am currently working on KKXX, the Klubb Kanin 20th anniversary festival, which will be held at Avant Garden in Trondheim on March 31 and April 1 2017. Full program is soon to be released at this Facebook event.

I am eternally grateful for getting involved in this venture, and for all the wonderful people I've met because of it.

"You have never seen KAos this organised.

You have never seen KAos disorganized." 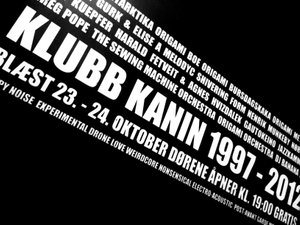 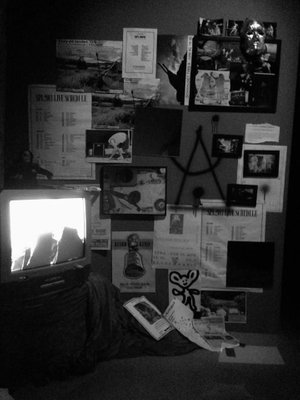 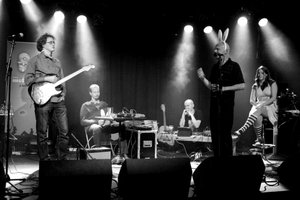 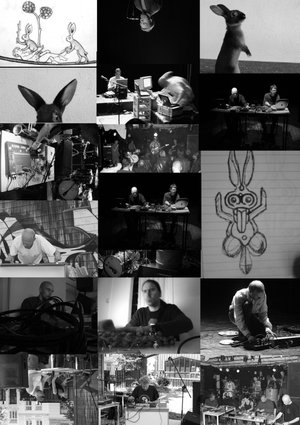 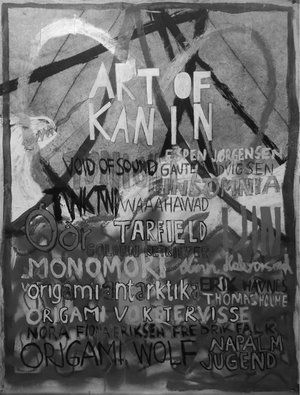