Støy på landet (SPL) was founded in 2006 as a joint effort between Arnfinn Killingtveit (under the Klubb Kanin banner) and Matias aka VJ Romvaesn, who had just bought a farm in Selbu, Norway. There are also rumours about a Støy på landet festival going back to the 1970's in the same area.

I performed there each year until 2009, when the farm was sold.  Since then the project became an ambulating venture, and I got  involved in curating and  co-organising it, and  developing its concept and profile further.

The Støy på landet concept draws on Bourriaud's idea of relational art, taking "the whole of human relations and their social context as  as a theoretical and practical point of departure." The festival/installation has been produced annually until 2016, with no entrance fee, no sales, no "back stage", no security, and no difference between performers and participants. It is considered  a joint effort for people who want it to happen, and who wants to get involved. The artists can  more accurately be viewed as the "catalyst" of the event, rather than being at the centre.

"Individual artworks (even the worst) are

largely irrelevant - [we] seek to damage institutions which use art to diminish consciousness & profit by delusion. This or that poet or painter cannot be condemned for lack of vision - but malign Ideas can

be assaulted through the artifacts they generate.

MUZAK is designed to hypnotize & control - its machinery can be smashed."

SPL schedules  disorganised by me:

In 2016 SPL marked its 10th anniversary, and a completed cycle for me. The project has grown, but remains true to the Origami Republika "almost invisible art of" meme. We have aimed at making a project which creates a social environment in which people come together to participate in a shared activity. Bourriaud claims that "the role of artworks is no longer to form imaginary and utopian realities, but to actually be ways of living and models of action within the existing real, whatever scale chosen by the artist." The meaning of relational art is created when arts perception is altered while leaving the original artifact intact.

As with everything concerning SPL, this explanation may be subject to disagreement and change.

"Real art is play, & play is one of the most immediate of all experiences. Those who have cultivated the pleasure of play cannot be expected to give it up simply to make a political point (as in an "Art Strike" or "the suppression without the realization" of art, etc.). Art will go on, in somewhat the same sense

that breathing, eating, or fucking will go on."

Elise Adamsrød has produced a short documentary about SPL which will premiere at the Klubb Kanin anniversary in Trondheim on April 1 2017. I will update this page as well as www.støypålandet.no with more material from the past  in the near future. 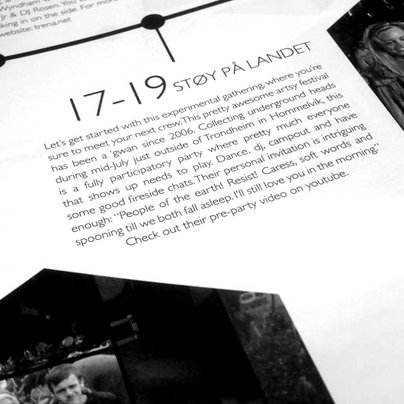 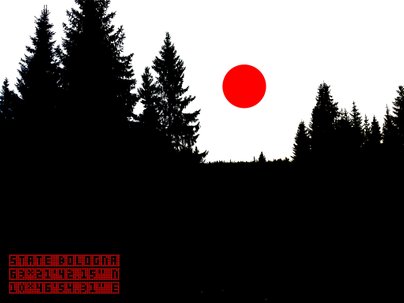 How to get there? SPL2013 coordinates 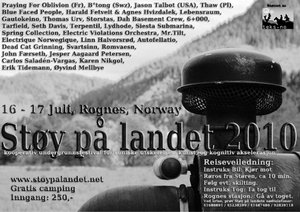 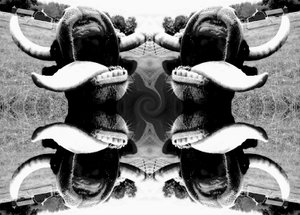 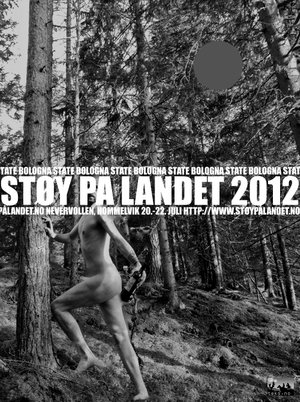 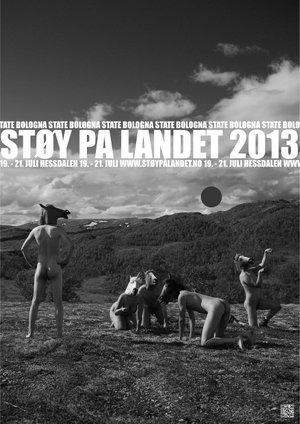 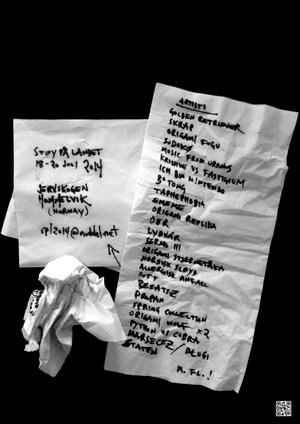 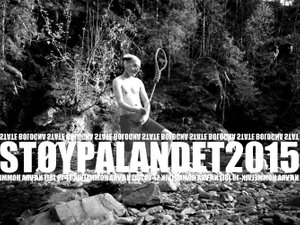 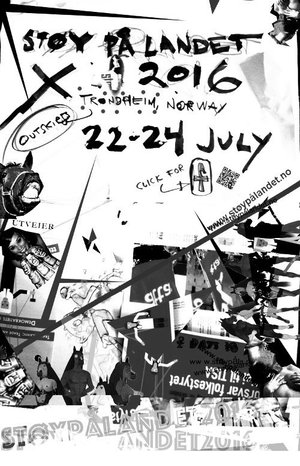 SPL posters by me. 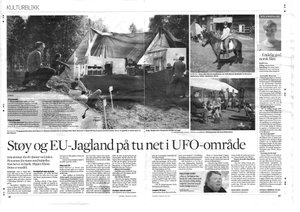 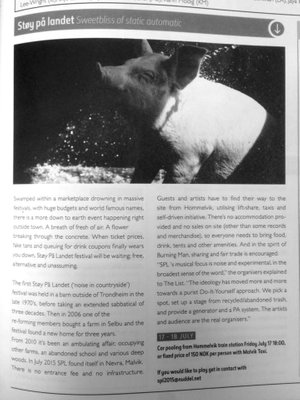 "Publicly we'll continue our work in

but privately we will create something

else, something to be shared freely

but never consumed passively, something

which can be discussed openly but never

understood by the agents of alienation,

something with no commercial potential

yet valuable beyond price, something

occult yet woven completely into the

fabric of our everyday lives." 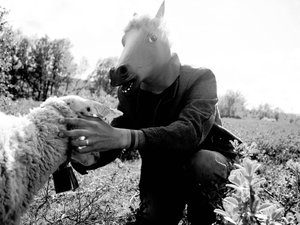